Create an Account - Increase your productivity, customize your experience, and engage in information you care about.

History of Tahlequah's Chiefs of Police

George Myers was the last elected Chief of Police, or Marshal as they were called in the early days, before statehood. Myers, a Democrat, defeated his opponent, J. C. Choate, a Republican, by a vote of 230 to 148 on April 2, 1907. Before statehood, and until 1941, the elections were held by the party system. The primary election was held in March, and the general election in April. No run-off was provided.

J. T. Powell was the first Chief of Police elected after statehood. Powell, a Democrat, defeated E. P. Darris, a Republican, by a vote of 215 to 165. The first election was held on June 2, 1908, with the elected officials taking office on July 1. Powell was re-elected in 1909. All other municipal elections would be held in an odd-numbered years, and the term of office was two years. Powell would later be the first of two Chiefs who would be elected Sheriff of Cherokee county. Powell was sheriff from 1925 until 1927. The 1910 census gave the population of Tahlequah as 2,891.

R. L. Wyly won the Democratic nomination in 1911 and defeated his opponent in the general election by a vote of 326 to 129. By statute, the primary election was held on March 21st, and the general election on April 4th. The police department was reduced to three members at the city council meeting of July 3, 1912. Working under Wyly were D.W. Perkins, J.J. Kuykendall, Ned Gritts, and J.A. McCarter.

Governor R.L. Williams signed a bill March 27, 1917, with an emergency clause attached, which made the offices of Chief of Police, Street Commissioner, and City Attorney appointive. This would later be repealed for the Chief of Police and Street Commissioner. Tahlequah Mayor R.H. Couch appointed Gritts with the city council’s approval. The salary for Chief of Police was $60 per month. The Mayor’s salary was $10 per month, and the City Clerk’s, $20. The budget for the police department for the fiscal year July 1, 1917 to June 30, 1918, was $2,010. Ned Gritts resigned January 14, 1919, to accept a job with the Tulsa police department.

D.W. Perkins was appointed to finish out the term of Ned Gritts after Gritts’ resignation. He was elected to office in the 1919 election, and easily won re-election until his death in December of 1938. Perkins began his law enforcement career under Chief J.T. Powell on September 3, 1909. Cleve Presley was hired and the department would be a two-man police force until Lee Ballinger was hired and appointed special night police on August 1, 1932. Frank Edwards was hired on January 7, 1922, following the resignation of Presley. While assisting the Sheriff’s Office, Edwards was attempting to capture some outlaws on the night of September 16, 1932, when he received a gun-shot wound which would prove to be fatal. He died in late October. Perkins was a very popular Chief, and as late as 1935, he led the ticket by defeating his opponent by a vote of 929 to 242. The census of 1920 reported the population of Tahlequah as 2,271, and the 1930 census reported 2,495.

Knight was promoted to Captain to finish out the term of D.W. Perkins following Perkin’s death. Knight was re-elected to two additional terms. Wayne Cunningham was approved as Assistant Chief, and stayed with Knight until Knight left office. Knight resigned on March 5, 1945, in favor of Cunningham. The census of 1940 reported a population of 3,027.

Cunningham was appointed to finish out the term of S.P. Knight following Knight’s resignation. He was elected to two additional terms without opposition. One police officer was added to the force in 1947, which brought the department up to four officers. The pay in 1945 for Chief of Police was $130 per month, Assistant Chief, $120, and night officer, $100. Cunningham was elected Sheriff in 1948. He resigned as Chief of Police on December 31, 1948 to take the Sheriff position.

Hudlin was appointed to finish out the term of W.T. Cunningham after Cunningham’s resignation. The 1949 election was a nine-way race, with Hudlin getting 737 votes to his nearest opponent’s 420 votes. Hudlin won again in 1951 against a field of four candidates. The census for 1950 reported a population of 4,750.

Bynum was elected by a narrow margin from a field of four candidates. On December 7, 1953, the City Council took action against Bynum, suspending his authority as Chief, and suspending him from his duties. On January 4, 1954, the City Council reinstated Bynum’s authority and duties as Chief of Police. He resigned on May 17, 1954, in favor of Captain Lional Childress. Bynum had no previous law enforcement experience.

Childress was appointed to fill the vacancy left by Virgil Bynum’s resignation. Childress resigned on December 6, 1954.

Hudlin, previously Chief of Police from December 31, 1948 until May 4, 1953, was appointed to fill out the term of Lional Childress following Childress’s resignation.

Blair was elected and took office on May 3, 1955. O.W. Cox was his Assistant Chief. Two additional officers were hired during Blair’s term, bringing the police force up to a total of six officers. In 1956, Northeastern State University also hired an officer to work out of the police department.

Cunningham would hold the office for two terms. He was responsible for getting the police pension passed on September 9, 1959. Two more officers were added to the police force, bring the total number of officers to eight. The census for 1960 reported a population of 5,840.

Kirk had worked as an officer under Chief Bynum and Chief Blair. He was the Under-Sheriff for Owen Sanders from 1959 to March 1961.

Young was appointed to finish out the term of Norman Fisher, after Fisher’s resignation to become sheriff.

Stephen Farmer was elected Chief of Police and sworn into office May 2, 2005. Chief Farmer began his law enforcement career in 1982, as a Dispatcher and Animal Control Officer with the Tahlequah Police Department. In 1986 he joined the United States Army Military Police Corp, serving 6 years on active duty and achieving the rank of sergeant. In 1992, he returned to the Tahlequah Police Department as a patrolman, and in 1994 was promoted to detective. 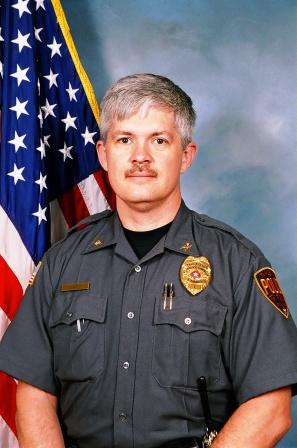 Chief Farmer has an open door policy. Please feel free to stop by or call his office at any time. Appointments are recommended, but not required. He welcomes suggestions on how the department can meet the needs of the citizens we serve.

Mahaney was a 1982 graduate of Tahlequah High School and started his law enforcement career with the Stilwell Police Department in 1986. Two years later he came to work for the citizens of Tahlequah. 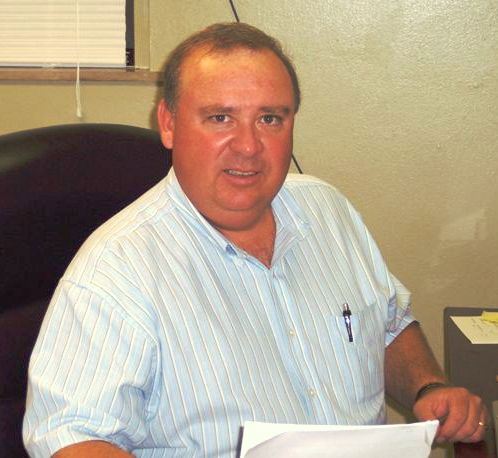 Mahaney brought nearly 1,000 hours of Council of Law Enforcement Education and Training to the chief’s office. He previously served the department and the Tahlequah Public Schools as a D.A.R.E. officer and was honored with a Buckle Down Award in 2001 for his efforts in traffic safety.

The Chief pursued grants to help support Tahlequah Police Department programs such as 2 Much 2 Lose, the special operations team, reserve officers and the D.A.R.E. program. Shortly after his Oath of Office, the police department partnered with the District 27 Drug Task Force striving to work together with other area agencies for the betterment of the people of Tahlequah.

He implemented the departments first Chaplain Service with two Chaplain’s: Reverend Buddy Hunt and Pastor Edgar Lucero. All of the major violent crimes were solved during his tenure as Chief. He was able to supply the SWAT team with all new equipment and purchased 20 new vehicles with new logos for the department while staying within budget.

He and is wife Autum are long time Tahlequah residents. Mahaney, a Cherokee tribal member, is the son of the late Clyde Mahaney and his mother is Katie Mahaney. He is also a member of Cherokee Masonic Lodge 10, Oklahoma Association of Chiefs of Police and the Cherokee County Cattlemen’s Association. 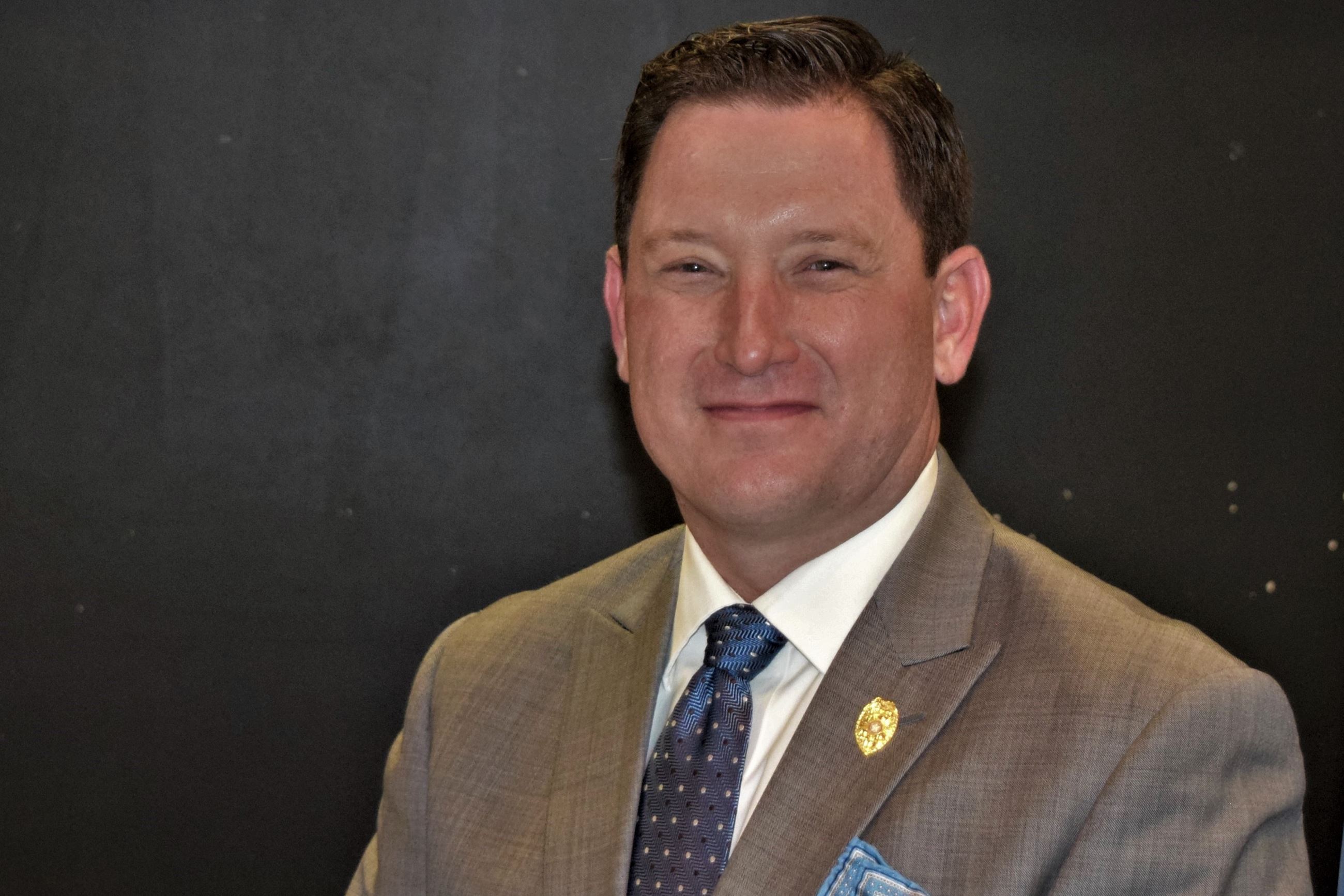 King followed mentor, Norman Fisher, to the Cherokee County Sheriff’s Office in 2007 and served as Fisher’s Lead Investigator until receiving his Bachelor’s Degree in Management. King served as Director of Community Sentencing from 2009 until being elected as Chief of Police.

Chief King has implemented great advancements within the Tahlequah Police Department such as: